Junior membership is open to young people up to 21 years of age who have an interest in the Red Angus breed. Many of these young people show Red Angus cattle at junior shows throughout California, Nevada, Oregon, Washington and Idaho.

NW Junior elected to JRA Board 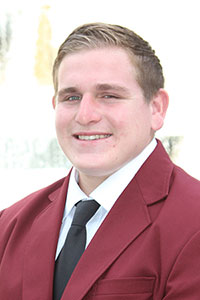 Royce McPhee-Bayha is a 4th generation cattle rancher that lives on 350 head mother cow Purebred Red Angus operation. At just over 18, Royce has been a heavily involved showman since he began his showing career for the first time at the Red Western classic at just 8 years old. Royce currently owns a herd of 24 mother cows, and continues to focus on raising performance Red Angus. He has successfully consigned bulls and females to various bull tests and consignment sales across the country. He plans to grow the operation by adding a feedlot to the ranch and utilizing agriculture byproducts for feedstuffs and bedding. While attending CSU Chico Royce is pursuing an Agriculture Business degree, with a minor in Animal Nutrition. 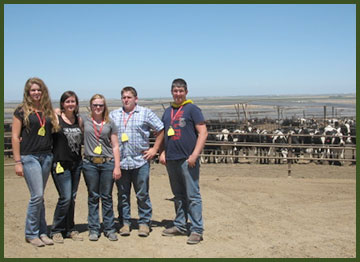 Four juniors from Idaho traveled to the Red Angus junior national show in Grand Island, Nebraska, in June. Traveling across Idaho, Wyoming, and Nebraska, the two day drive found these Idaho Juniors ready to compete!   This is the third year that juniors from the North West have traveled to be a part of the NAJRAE.    During the 4-day event, juniors competed in public speaking, sales talk, herdsman quiz, livestock judging, quiz bowl team competition, team fitting, photography, showmanship, bred and owned and owned cattle competition and futurity heifer show.  One of the week’s highlights was the Idaho team taking home bragging rights as the Intermediate Division Quiz Bowl Champions! 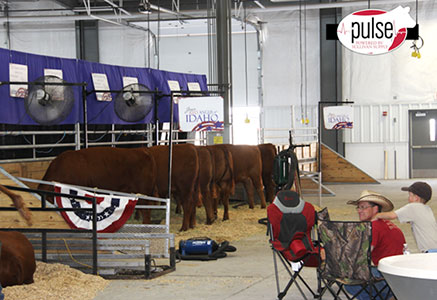 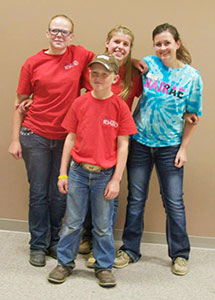 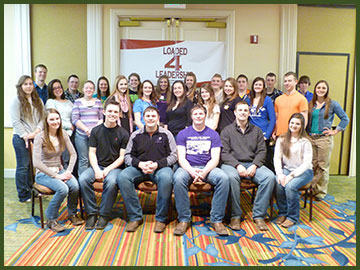 Representing the North West at the 2014 Loaded 4 Leadership in Denver in conjunction with the National Western Stock Show were:

Twenty-five JRA members from 14 states gathered in Denver for the 2014 Loaded 4 Leadership (L4L) junior conference. The two-day event – focused on being a beef industry advocate, becoming Masters of Beef Advocacy and filming and editing JRA advocacy videos – was highlighted by Copperhead Road line dance and two–step lessons by a professional dance instructor and a Lunch with Leaders (the RAAA Board of Directors).

Nationally recognized advocacy video producer and star, Greg Peterson of Peterson Farm Brothers in Kansas, was the keynote speaker of this year’s L4L. Greg spent both days with the Red Angus juniors, sharing his insight, suggestions and editing skills with those in attendance.

Teams of Red Angus juniors brainstormed, scripted, filmed and edited their own beef and JRA advocacy videos as part of L4L. Watch the JRA e-News and JRA Facebook in the near future to view the completed videos!

L4L, which alternates years with the Red Angus Young Stockman Program, will be held again in 2016.

For more information on Loaded 4 Leadership, the Red Angus Young Stockman Program or other JRA programs and events, contact dawn@redangus.org.